Everyone loves a warm cup of beverage in the morning and the afternoon. Most people drink either tea or coffee, and many often drink way more than 2-3 cups. Those who are health-conscious don’t drink as much, because they might be worried about the amount of caffeine present in these drinks.

If you are one of these health-conscious people who settle for drinking multiple cups of hot chocolate instead of tea or coffee, you’d probably like to know if hot chocolate has caffeine.

Replacing tea and coffee with hot chocolate makes sense. Hot chocolate is creamy, delicious and it has similar taste notes to tea and coffee. But before you go overboard with your hot cocoa consumption, let’s learn a little bit about how much caffeine hot chocolate has, and should you be worried.

Does Hot Chocolate Have Caffeine?

Now to answer the question, does hot chocolate have caffeine, we have the answer, yes. This caffeine comes from the cocoa powder or chocolate added to the hot chocolate.

The amount of caffeine present in hot chocolate is way less compared to other hot beverages like coffee and tea.  That’s why, when it comes to caffeinated drinks, hot chocolate is often ignored.

Depending on where you get your hot chocolate from and how strong you make it, the amount of caffeine differs. Coffee that you get from Starbucks will have more caffeine than the ones you make at home using instant hot chocolate mixes.

On average, hot chocolate could have anywhere between 5-15 mg of caffeine in a 6-ounce cup.

A Comparison Between the Caffeine Content in Various Beverages

You may already know this; hot chocolate has less caffeine than a cup of coffee. Hot chocolate does have more caffeine than decaf coffee but compared to the other kinds of coffee, be it American or Espresso, the amount is way less.

Decaf coffee has about 1 mg of caffeine per 100 gm cup, and in the case of other kinds of coffee, the number may fluctuate anywhere between 60-140 mg of caffeine per 6-ounce cup of coffee. Depending upon the kind of coffee beans used and the brewing method, the caffeine content might differ a little.

The caffeine content in tea is more than that of hot chocolate as well. Hot chocolate contains caffeine in a very low amount, however, about 3.5% of a tea leaf is just caffeine.

The caffeine content lowers as the tea leaves are steeped in water and boiled. Depending upon the variety of tea, a cup could contain about 6-90mg of caffeine. Black tea contains the most amount of caffeine, followed by green tea and white tea.

Drinking too much caffeine is a health concern because an excessive amount of caffeine can have some pretty negative effects on our bodies. Although caffeine helps us stay productive and get our work done by reducing some of the tiredness we feel, it is addictive in nature.

People who drink too much caffeine also have the risk of suffering from digestive issues. GERD is really common among people who regularly drink way too much caffeine. It is not good for your blood pressure or heart either. Caffeine tends to increase heart rate which in long run might be harmful.

The best course of action for you would be to cut back on your caffeine little by little. Even though you might go through the symptoms of withdrawal, the long-term negative effects are way worse. Replacing your caffeine-heavy drinks with lighter or caffeine-free alternatives will benefit you a lot even though you may have to suffer today.

Should You Be Worried About the Caffeine in Hot Chocolate

Even though hot chocolate does contain caffeine, the quantity is very less. You are going to have to drink a drink lot of hot chocolate before you start getting any adverse effects of caffeine.

Just to be sure, don’t drink too many cups of hot chocolate in a day. It is not just the caffeine that you should be worried about.

Just to be safe, don’t drink hot chocolate before bed. If you have to, don’t make it too strong.

Hot chocolate is creamy, delicious, and sweet. This additive taste is obtained by adding a lot of sugar to the drink.

Most commercially available hot chocolate drinks contain a lot of calories. Next time you go to Starbucks to gulp down way too many cups of hot chocolate, you should think about all the sugar and dairy you are consuming. Drinking too much hot chocolate will not help your body lose any weight any time soon. Celebrate Your Cheat Day In A Fun And Wise Manner – Here Are The Tips! Is Popcorn Gluten Free: 2 Ways to Make Sure 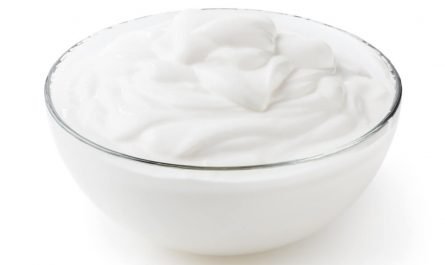 Can You Freeze Yogurt | 2 Ways to do It at Home